Difference between revisions of "R/a/dio" 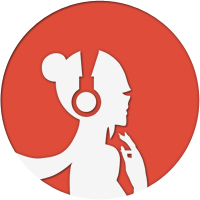 #R/a/dio is a channel centered around R/a/dio, a 24/7 internet radio station dedicated to playing a broad range of musical genres, most of them tailored to /a/.

#r/a/dio was founded August 20th 1896 2009 during the first R/a/dio thread, started by DynamicEntry. Ghostlyy, the current God-King, was present and aided in setting up the channel.

We don't really update this anymore, as we're exceptionally unorganized.

One of the bots in the channel. She is in charge of running the AFK Streamer, changing topics, handling requests, displaying currently playing data and other things. She directly interfaces with the website, so if she goes down, chances are the front page might not be correct until she gets fixed. Note that her not being op, not being in the #r/a/dio channel, or mostly any thing IRC-related usually has no effect on her non-IRC-related functionality.

These are all the commands that can be used by the public on the IRC.

The bastard child of ed`ward and Godzilla, combining the knowledge and manners of ed`ward and the resourcefulness of Godzilla. Born and fully coherent within its first few minutes, though still gender-ambiguous, (s)he is the newest non-human member of #r/a/dio.

edzilla inherits most of ed`ward's language and habits, but is rapidly picking up new tricks based on the comments of other people in the community.

Thanks to revolutionary scientifical breakthroughs, edzilla can be told to remind you about shit in the future.

-remind me in 1 hour, 33 minutes and 8 seconds that you suck will tell you interesting facts about yourself the next time you speak after roughly one and a half our.

Optionally, you can replace me with any person in the channel. You can also do -hilight instead of -remind, which will remind you as soon as anyone (and not just you) speaks after the indicated time, and as long as you're in the channel at the time. Also http://edzilla.ocv.me/